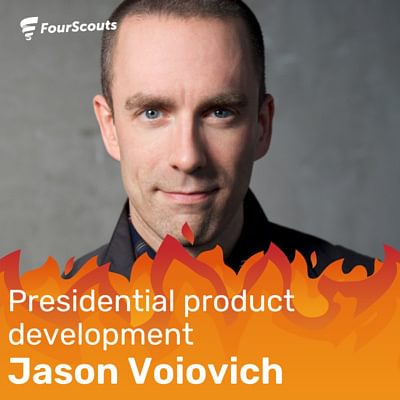 The president of the United States is usually considered the most powerful person on the planet. Indeed, the US has the biggest economy, the most powerful military, Silicon Valley, Wall Street, Hollywood and NASA.

How did America become such a powerhouse? With a little imagination, you could compare America’s lifecycle to that of a product or even a company. There’s the introduction, rapid growth, disruption and renewal.

With that comparison in mind, one could imagine the president to be the Chief Marketing Officer, selling us the American dream. What lessons can we draw today from developing the product that is America?

We are roasting marshmallows with Jason Voiovich, author of the book “Marketer in Chief: How Each President Sold the American Idea. In it, Jason retells the story of America, but through the eyes of its most influential salesperson – the president.

Jason’s favorite way to observe the world is through its history. He believes the people from the past have plenty to teach us about the challenges and opportunities we face today.

Learn more and subscribe to the Roasting Marshmallows podcast here.