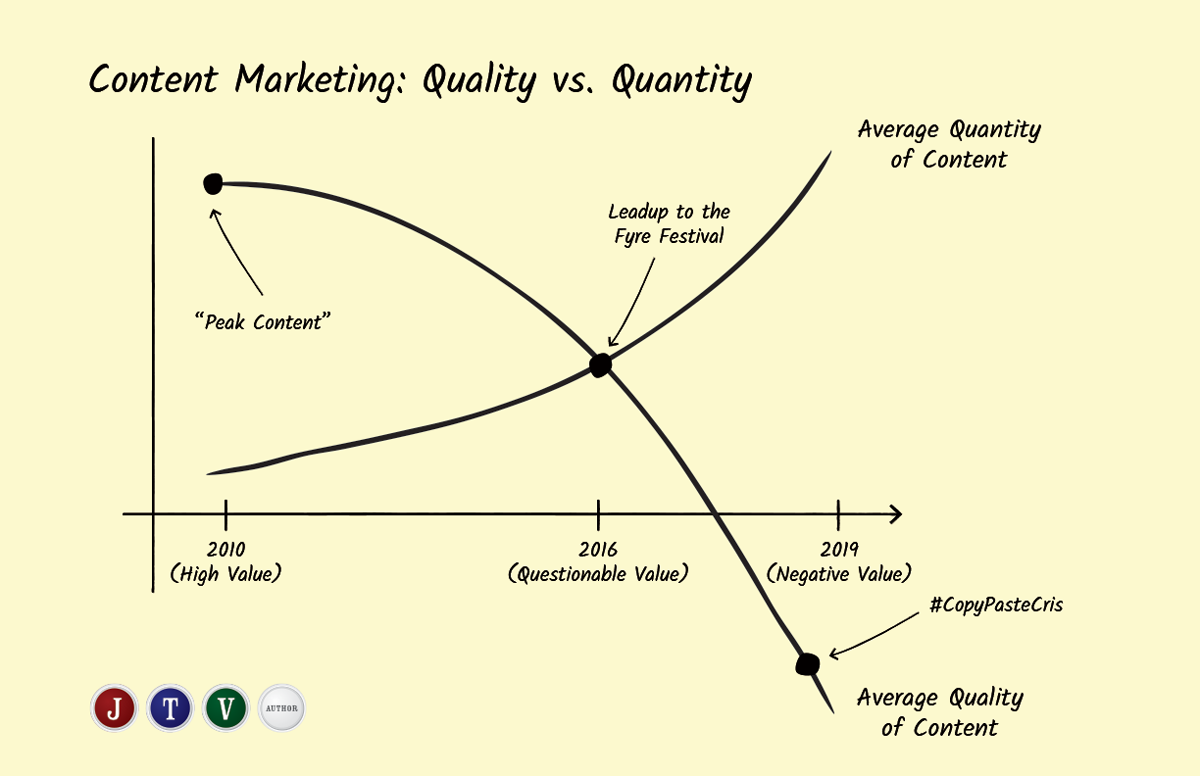 I’m getting one hell of an education on the sick, greedy, opportunistic culture that games Amazon’s absurdly weak system. And everything I learn enrages me.

There are black hat teams, working together, who routinely hire ghosts on the cheap, have them throw books together, push them out–many and fast–to make money, to smother out competition from those self-pubbed writers who do their own work. Those who do their own work can’t possibly keep up with the volume these teams produce by these fraudulent tactics.

They tutor others how to scam the system.

If you’re curious why one of the world’s most famous, most prolific, most talented, and best-selling romance authors would call out Amazon on her blog, we need to rewind the clock for about two months.

Romance readers are voracious consumers of their favorite authors, with some readers finishing a book each day. It should come as little surprise that it was a zealous reader who noticed something odd about passages in several of Courtney Milan’s books in February 2019. That reader was the first to discover evidence that Milan may have been plagiarized by another author, Cristiane Serruya, a best-selling romance author from Brazil.

It didn’t take long for the dam to burst.

Other readers and authors started to look for evidence of plagiarism, and they found it. Lots of it. Including multiple titles from Nora Roberts, aka Not The Author You Want To Piss Off.

At first, Cristiane Serruya took to social media to defend herself, claiming that it was writers she hired on Fiverr that plagiarized the materials. (If you’re not familiar, Fiverr is sort of like an Uber for writers and other creative professionals. Sadly, it doesn’t have a great reputation for quality.)

No one was buying Serruya’s excuses.

If it’s your name on the cover, why wouldn’t you check work from subcontractors? Do you mean you don’t write all your own work? You’re trying to blame a freelance writer who you paid peanuts when you’re a best seller? How long has this been going on?

Within a few days, Cristiane Serruya shut down her social media accounts and went dark. Legal action is pending.

A few avid readers are keeping track of instances of plagiarism they find, and it’s ugly. As of this writing, @CaffeinatedFae counts at least 85 books, 36 authors, 3 articles, 3 websites, & 2 recipes as possible examples of plagiarism. Of course, allegations are allegations, not legal proof, and Cristiane Serruya will need to have her day in court (courts). But that doesn’t change the fact that this situation has damaged the credibility of the entire genre – and in some ways, publishing in general.

Readers are pissed off.

Authors are pissed off.

Publishers are pissed off.

But Cristiane Serruya is not the problem.

Amazon is not the problem.

The romance industry is not the problem.

Cristiane Serruya, aka #CopyPasteCris, is a symptom of a powerful trend in algorithmic, data-driven marketing.

In the past 10 years, and especially the past three, the frequency of content has far outpaced the quality of content on every platform. That is especially true on major social media platforms, but it’s also true on Amazon (books) as well as many traditional publishers. Writers are rewarded for publishing more, lower-quality content rather than less, higher-quality content. It’s tempting to think this is because of a desire to consume more content (the voraciousness of romance readers I referred to earlier), but it’s not.

Algorithms are driving those decisions.

However, algorithms are not acting on their own. Engineers are making the programming decisions, and marketing is telling the engineers what they want. The formula is quite simple: More content from one author begets more attention (clicks, engagement, book sales) for that one author in a winner-take-all positive feedback loop.

It’s as simple as that. If you need to produce a lot of content to have success, and you don’t care (within reason) how good it is, you look for the cheapest way to do it. Should you go to Fiverr and have them write for you? If you want more revenue, that’s the cheapest and fastest way to do it. Do they plagiarize? What is the risk-benefit analysis? If Fiverr humans are unreliable, why not simply use AI to scramble the original text “just enough” to avoid copyright concerns? Do you care?

The algorithms drive two parallel and opposite trends: An increase in the quantity of writing and a corresponding decrease in the quality of writing. Yes, there is always a commercial imperative for writing, but this technology-driven business model is a powerful accelerant.

As a reader, you can’t miss it.

As a writer, it’s probably driving you nuts.

As a marketing professional, you wonder how you can stop the wildfire you started.

I happen to have a front-row seat for all three of those. Not only do I see the behind-the-scenes operations of these content platforms, but I also have my own evidence.

Over the past six months, I have deployed two unique content strategies on the same set of platforms: Medium, LinkedIn, and my blog. In one strategy, I published shorter, lower-quality content each day, sometimes multiple times per day. (It’s all my content, however. I’ve never used Fiverr or any other freelance writer for my work.) For the other strategy, I published more longer-form and researched weekly content.

The results have not surprised me as a marketing professional, and by now, they should not surprise you. The daily posts create a positive feedback loop where I attract more attention the more I publish – out of proportion to the scheduling ratio. In other words, I published according to a 7 to 1 schedule, and I saw a 50 to 1 result.

Sadly, to be commercially successful (at least for now), modern writing has become content marketing.

You can justify lower quality writing to yourself however you like – you use a “pillar content” strategy, it’s the only way to make money, love the player / hate the game, give people what they want, this is a business, not an art form, it’s the brand that sells not the writing. Whatever. You do you.

I say, fuck that.

I opted out of the first strategy in disgust. In my life, writing (an art form) and marketing (selling) are related, but distinctly separate, activities.

Marketing should get out of the writing business because I know what is bound to happen if it doesn’t.

The backlash has already started.

Smart publishers are just starting to figure out that readers are paying to escape the shit storm, and they are doing something about it.

Every major media site, including the New York Times, Wall Street Journal, the Economist, Medium, and even your local news organization, is implementing some form of a paywall or paid subscription service. Social media platforms are in a bigger pickle. Their business models are built on you providing the content. As content has become worse (how many times can I see the same memes on LinkedIn or the same GIFs on Instagram), users are less engaged and opting out.

No brand wants to pay “influencers” for the next “Fyre Festival.”

Yes, some marketers buck this trend. Joe Pulizzi, nearly single-handedly, created the content marketing genre 10 years ago. His creation, the Content Marketing Institute, maintains high standards through training and coaching. MSP-C, a content marketing agency based in Minneapolis, Minnesota, consistently delivers world-class writing for brands. You may have a “great example” yourself. That’s nice, but that’s cherry-picking, and you know it.

Despite those examples, an innovation 10 years ago has become a perversion today.

The wheels are coming off the content marketing business model as brands stop paying the bills for shitty, iterative, click-bait, bot-friendly content. It’s a race to the bottom. If you’re involved in the business, you must have noticed that the prices per unit of content are dropping, that the attention per post is declining, and that sales per unit effort are stalling.

It’s not hard to understand why. Brands won’t pay as much for content marketing any longer because it’s not working.

I wish it wouldn’t have turned out this way.

Content marketing and algorithm-driven platforms initially helped underrepresented and unheard voices get attention and compete on a level playing field. But those with better marketing skills (and questionable ethics) quickly gamed the system and shut out those independent voices.

It’s like marketing broke their toy by playing with it too hard.

And that takes me back to why marketing should get out of the writing business. Writing is creativity. Marketing is selling. It is best that they cross paths only gingerly. Yes, there are rare instances of great marketing that is also great writing, but those are special because they are rare. Readers want to read writing from actual writers. Readers don’t want to read writing from marketers masquerading as something other than what they are in a thinly veiled excuse to sell them something. Frankly, this implosion of the content marketing industrial complex will refocus marketing on what it should be doing – and what an entire generation of practitioners have forgotten how to do – sell something. There is no shame in, nor a lack of creativity required, to achieve that goal.

I, for one, and happy to see content marketing die.