Booze, Babe, and the Little Black Dress: How Innovators of the Roaring 20s Created the Consumer Revolution

Epic stories from the decade that taught Americans how to vote with their wallets.

You can get what you want, when you want it, for a price you’d like to pay…or you’ll take your business elsewhere. That truth is so self-evident that we barely give it a second thought. But “consumer” culture means so much more to our lives than just buying stuff. Consumer expectations force employers to make accommodations if they want to keep the best talent. We expect our doctors to prescribe us the new wonder drug we saw advertised. Colleges invest in glistening food courts to lure the best students. We expect a boycott to change corporate behavior. Whether our expectations are good or bad depends on your point of view, but the underlying fact remains: having it your way ain’t just how we think about hamburgers.

No one in living memory knows what it was like to expect anything else, so it’s tempting to think it was always that way. It wasn’t. There was a time when Henry Ford was right about getting any color you liked, so long it was black. You got what you got, when you got it, and you were happy to get it. Booze, Babe, and the Little Black Dress retells the epic stories of the most misunderstood decade in American history and how the 1920s gave birth to the most important skill in modern life: how to use our economic power. Voting with our wallets changed, and continues to change, everything.

The 1920s ushered in nothing short of a Consumer Revolution – one just as transformative as the Industrial Revolution that preceded it or the Information Revolution that followed. Consumer culture not only changed what we buy and how we buy it, but more important than that, it changed how we see ourselves and our role in society. We’re more than healthcare patients, college students, social advocates, and citizens. We’re consumers…and we demand to be treated as such.

It’s long past time we reexamined the Consumer Revolution, and the 1920s, with a fresh perspective. Each story is epic in its own right, but when we see them as a whole, a clearer picture emerges. Together, they taught Americans to vote with their wallets. Our world – for good and for ill – would never be the same. 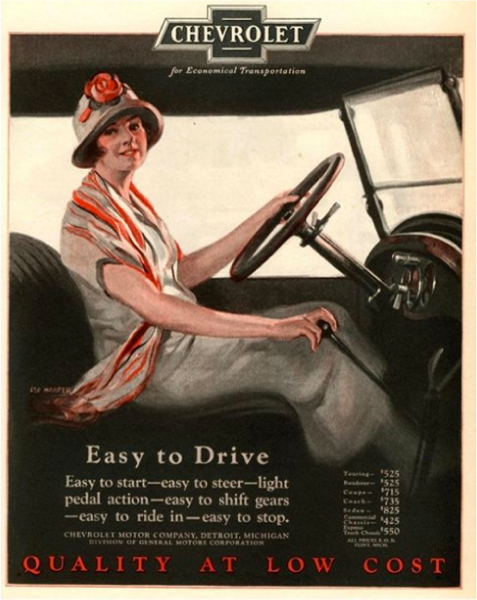 The Model T was the most popular car in America for the early part of the 1920s until rivals caught up. This Chevrolet ad shows how General Motors responded to consumer demand for cars that were easier to drive. Ford focused on cost reduction. General Motors focused on delivering what people wanted. You can guess what strategy won out. 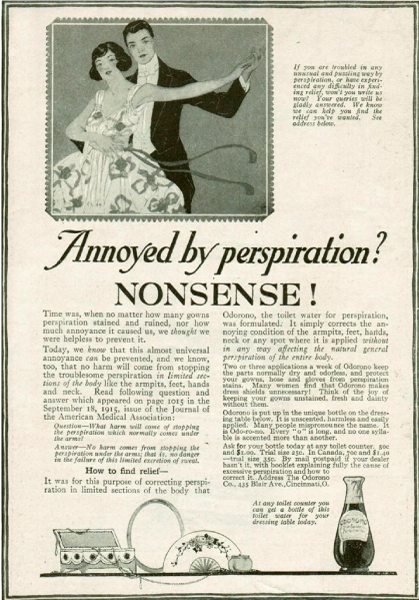 Odorono (Odor-Oh No!) wasn’t the first deodorant, but it was the first to popularize the idea that you’d wear it every day. In the first versions, you needed to paint it on with an applicator and let it dry before you could go anywhere – it was red in color, so it would stain clothes if you weren’t careful…but it did last 2-3 days! (Early deodorants worked by stopping perspiration entirely for a short time.) 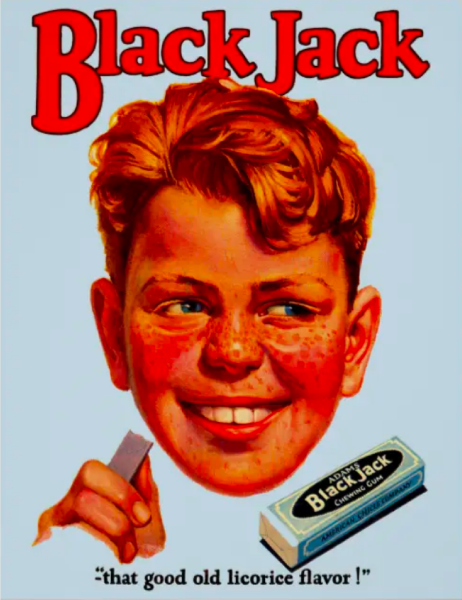 Are children active consumers capable of making informed decisions? Or are they exploited by advertisers not only for their own money but for their parent’s money well? As it usually is, the truth is more complicated.

(How they convinced kids that licorice was “good” remains one of advertising’s greatest achievements.)

Coming late 2022! Sign up to get updates, special offers, and exclusive behind-the-scenes opportunities.